Kenyan presidential candidate Raila Odinga declared the results of the election “null and void” and vowed to challenge them in court, ignoring calls for him to concede to declared winner William Ruto.

Ruto was named the winner of last week’s presidential election by Wafula Chebukati, chair of Kenya’s Independent Electoral and Boundaries Commission (IEBC) on Monday — an announcement marred with allegations of vote-rigging and dissent among commission members over the close fought race.

“The figures announced by Mr. Chebukati are null and void and must be crushed by a court of law,” Odinga said at a conference. “I want to commend our supporters for remaining calm and keeping the peace and urge them to continue to do so, let no one take the law into their own hands.”

“We are pursuing constitutional and lawful channels and processes to invalidate Mr. Chebukati’s illegal and unconstitutional pronouncement,” he added.

His statement raises the specter of the violence between his supporters and the winner’s, which has marred past elections. So far aside from scattered protests, Kenya has been quiet in the wake of the results.

Odinga’s announcement could see a repeat of Kenya’s 2017 election outcome when his campaign challenged incumbent President Uhuru Kenyatta’s win in the Supreme Court, which went on to declare the 2017 vote invalid.

Kenyatta still won the election rerun, however, after Odinga told his supporters not to vote citing distrust in the electoral body. That period was marred by violent street protests and human rights violations.

On Monday afternoon, as the country waited for the election results, one of Odinga’s top election official, Saitabao Ole Kanchory said that they had reports that the electoral system was “penetrated and hacked” and that “some of the IEBC officials committed electoral offenses.” 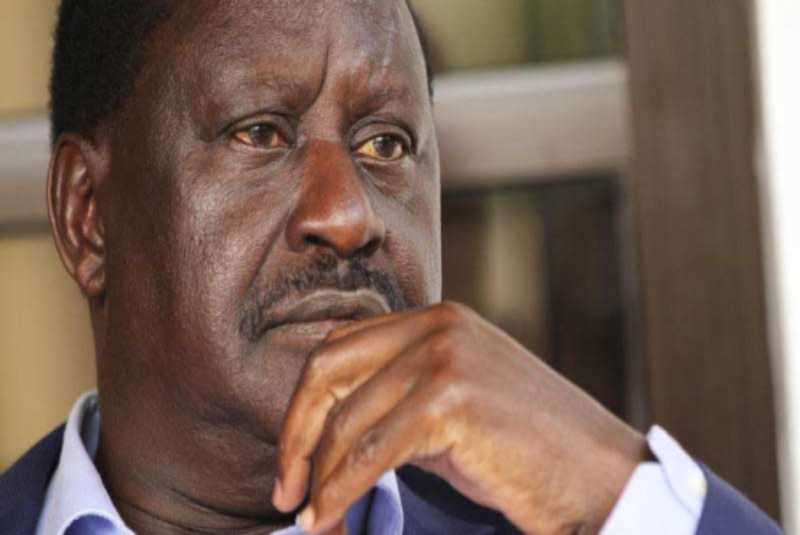 The issue that we have is with the process,” said commissioner Justus Nyang’aya in a conference shortly before Odinga’s news conference. “If that is not determined by the commissioners then it remains the duty, role and responsibility of only one person in the boardroom.”

Monday’s announcement of a win for Ruto prompted celebrations around the country from his supporters. In Ngong Town, located in the outskirts of Nairobi, drivers honked their horns and formed processions on the road as they celebrated. Meanwhile in Ruto’s hometown of Sugoi, people who celebrated till late.

In western Kenya’s Kisumu City, an Odinga support base, protesters briefly lit tires on the street, blocking the roads with rocks before police dispersed them.

The country’s most serious spate of election violence came with Odinga’s 2007 loss to Mwai Kibaki by a narrow margin — also amid allegations of vote rigging. Post election violence left more than 1,000 dead and over 5,000 displaced.

In Kibera, a slum in Nairobi which is considered a stronghold for Odinga, crowds that had in previous days gathered to watch live broadcasts of the wait for the results had now dispersed. “The announcement was disappointing, whatever Odinga says is what we will do, he is our leader. We trust his judgment for the way forward,” said Job Owino, a supporter.

Mercy Wanjiru, 30, a resident of Mathare who was displaced during the 2007 post-election violence says she was happy about Ruto’s win and was hoping that Odinga would concede to avoid a repeat of the violence.

“We have a country to build,” she said. “It is now time to heal and move on.”

Tweet
Share
Share
Pin
0 Shares
Tags: ignoring calls for him to concede to declared winner William Ruto. Ruto was named the winner of last week’s presidential election by Wafula Chebukati Kenyan presidential candidate Raila Odinga declared the results of the election “null and void” and vowed to challenge them in court