Former Cabinet Secretaries Rashid Echesa and Davis Chirchir are among those who are likely to make a comeback in president-elect William Ruto’s government.

With Ford Kenya’s Moses Wetangula’s and his PAA counterpart Amason Kingi’s victories in the National Assembly and Senate respectively, the former cabinet secretaries could see their loyalty rewarded.

On Saturday, September 10, the ex-sports CS met Ruto at his Karen residence – a continuum of his association with the incoming president.

“I met with the President-elect to dissect the post election strategy that will emancipate our people from the chains of abject poverty. Economic revival will always be at the top of our agenda as we commence this long awaited journey of liberation,” Echesa stated. 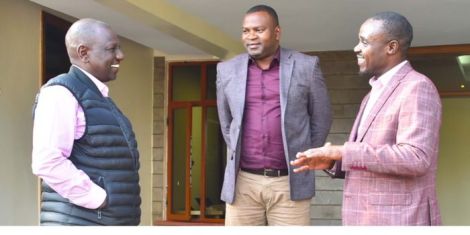 The Rise and Fall of Echesa

Echesa, a former boxer, was named in President Uhuru Kenyatta’s cabinet during his second term. He was nominated and later appointed to head the Sports and Heritage docket.

However, his appointment raised eyebrows with Members of Parliament questioning whether he had the academic qualification to lead a ministry. According to the MPs, the ex-CS was a Class Seven dropout.

Nonetheless, the former ODM Youth Leader was sworn in and set out to prove his critics wrong. Among his tasks was to implement the Sports Fund and oversee the construction and renovation of stadia across the country.

Echesa fell short of his promises, despite talking tough and making promises of the stadia. He was publicly castigated by Uhuru over the Oginga Odinga mausoleum in Kisumu.

The CS then came under fire over allegedly issuing work permits to nine Pakistani female belly dancers who were arrested for being in the country illegally. The ministry maintained that the permits were not issued by the CS and the nine were deported.

In March 2019, months after the deportation, the Sports and Heritage boss was relieved of his duties in a Cabinet reshuffle and replaced by then Education CS Amina Mohammed.

Echesa was also implicated in a Ksh40 billion scandal involving the supply of military surveillance equipment. He was accused of duping Eco Advanced Technologies LLC Ksh11.5 million as consultation fees for the multi-billion contract. 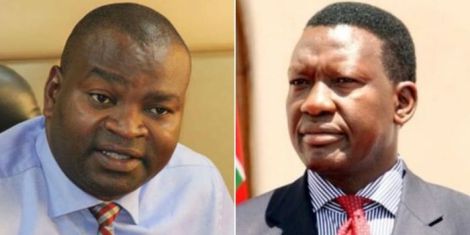 Ruto’s Chief of Staff, who doubled as his Chief Election Agent in the recently-concluded General Election is also set to be awarded for his loyalty to the incoming Head of State.

Chirchir was appointed Energy CS by Kenyatta during his first term in office – a reward for his services as Jubilee’s Chief Agent in the 2013 poll. However in 2015, he was sacked after being named in the chicken-gate scandal.

The scandal dated back to his tenure as a commissioner of the Interim Independent Electoral Commission (IIEC), when he was accused of receiving kickbacks for the award of a printing tender to a British firm.

While the total scandal involved Ksh50 million, Chirchir was accused by the Ethics and Anti-Corruption Commission (EACC) of receiving an undisclosed amount to influence the issuance of the tender.

The ex-CS was also faced a second case involving a questionable transfer Ksh90 Million from the Kenya Pipeline Company to Kenya Power. EACC later cleared him over lack of evidence.

Henry Rotich, a close ally of Ruto took a low profile after he was kicked from Uhuru’s cabinet, where he served as Treasury CS may also earn a seat at the decision making table.